Marilyn Monroe after a party. A rare, solemn moment of quiet for the otherwise boisterous personality.

Unidentified soldier of the First Australian Imperial Force Original - http://i.imgur.com/cXn13J5.jpg - taken between 1914 and 1919. This article - http://www.abc.net.au/news/2008-05-29/war-memorial-seeks-soldiers-identity/2453134 - describes the search for the identity of this soldier, as it's been lost since this photograph was discovered. Thanks to Kaiosama over at Reddit for requesting this photograph! About the first AIF: The First Australian Imperial Force (1st AIF) was the main expeditionary force of the Australian Army during World War I. It was formed on 15 August 1914, following Britain's declaration of war on Germany, initially with a strength of one infantry division and one light horse brigade. The infantry division subsequently fought at Gallipoli between April and December 1915, being reinforced by a second division which was later raised, as well as three light horse brigades. After being evacuated to Egypt the AIF was expanded to five infantry divisions, which were committed to the fighting in France and Belgium along the Western Front in March 1916. A sixth infantry division was partially raised in 1917 in the United Kingdom, but was broken up and used as reinforcements following heavy casualties on the Western Front. Meanwhile, two mounted divisions remained in the Middle East to fight against Turkish forces in the Sinai and Palestine. An all volunteer force, by the end of the war the AIF had gained a reputation as being a well-trained and highly effective military force, playing a significant role in the final Allied victory. However, this reputation came at a heavy cost with a casualty rate among the highest of any belligerent for the war. The AIF included the Australian Flying Corps (AFC), which consisted of four combat and four training squadrons that were deployed to the United Kingdom, the Western Front and the Middle East throughout the war. After the war, the AFC evolved into the Royal Australian Air Force; the remainder of the 1st AIF was disbanded between 1919 and 1921. After the war the achievements of the AIF and its soldiers, known colloquially as "Diggers", became central to the national mythology of the "Anzac legend". Gene

Merry Christmas to all of you out there, and a happy new year! Christmas truce of 1914 during the first World War, where German and British soldiers laid down their arms, and climbed out in to no man's land for an unofficial ceasefire during Christmas. Supposedly over 100,000 soldiers participated, gifts were exchanged, British soldiers cut the hair of German soldiers, officers swapped buttons and coats, privates exchanged candy - and the next day, the fighting resumed, and the carnage continued. it's worth noting that not all parts of the front celebrated this truce, some parts of the frontline only had small agreements of a minor ceasefire to recover bodies, while others sang songs from within their trenches. 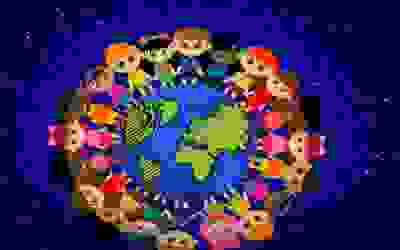